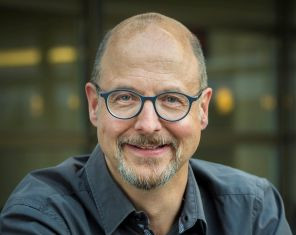 is professor at the Musikhochschule in Cologne and at the Music-Conservatory of the Basque Country in San Sebastian, Spain „Musikene“. He is the oboist of the Ma’alot Windquintett.

The oboist Christian Wetzel studied at the Conservatory for Music in Hannover (Germany) with Prof. Ingo Goritzki.

At the age of 24 he became principal oboist in the National Theater Orchester in Mannheim, and was named nine years later as Professor for Oboe at the „Felix-Mendelssohn-Bartholdy” Conservatory for Music in Leipzig (Germany).

Here he taught until 2008 when he accepted the title as Professor at the Conservatory in Cologne (Germany) where he currently works as one of Germany’s most reknown teachers.

„Musikene“ and teaches at other leading music conservatories such as the Juilliard School in New York, the Royal Academy of Music in London or the Vienna Music Conservatory and holds masterclasses throughout the world .

When not teaching, he enjoys appearing as a soloist and chamber musician at various renowned international music festivals and as a founder and oboist of the internationally acclaimed Ma’alot Windquintett, which has won many competitions and CD-awards throughout its long lasting history.

Christian is happy to work with interested oboists and speaks English, German and French. 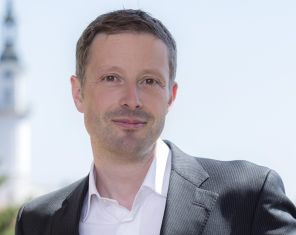 is professor for oboe at the University of Music, Drama and Media in Hannover/Germany. And oboist of the renowned Linos Ensemble.

Born in Koblenz, in 1977, Kai studied first at the Luxemburg Conservatoire with Norbert Mattern. He received first prize of the federal competition “Jugend musiziert” three times, in 1991, 1993 and in 1995 and was pre College student with Professor Ingo Goritzki. After passing his A-level exams, he started studying with Professor Christian Wetzel in the Highschool of Music and Drama “Felix Mendelssohn-Bartholdy” in Leipzig. He received scholarships from the Foundation „Studienstiftung des deutsche Volkes”, the Villa Musica and the Richard Wagner Society.

Since 2014 he has been named as professor for oboe at the Highschool for Music in Düsseldorf, in 2018 he has started to teach as a professor at the University for Music, Drama and Media in Hannover. He gives masterclasses all over the world.

Kai is happy to work with interested oboists and speaks English and German. 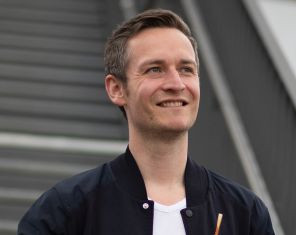 Ralph van Daal (born 1984) began playing the oboe at the age of nine. At 17, he began his studies at Conservatorium Maastricht with Peter Steyvers (Oboe) and Mya Besselink (Vocal Studies), graduating with Honours in 2006. He then started three years of study with Francois Leleux at the University for Music and Theatre in Munich, earning a Soloist Diploma in 2009. Following graduation, Ralph van Daal held temporary contracts with the WDR Symphony Orchestra in Cologne and the Duisburg Philharmonic. In 2011, he won the position of Solo English Horn with the Hamburg Philharmonic and was awarded the Eduard Söring-Preis; a prize awarded by the orchestra’s director, Simone Young, to support the artistic development of young musicians.

Ralph van Daal is regularly engaged as a substitute (Solo Oboe and Solo English Horn) with the Swedish Radio Symphony in Stockholm, the City of Birmingham Symphony, Bavarian Radio Symphony Orchestra , the State Opera of Hannover, NDR Radiophilharmonie Hannover, Bavarian State Opera, NDR Elbphilharmonie Orchestra Hamburg and the Hilversum Radio Symphony Orchestra. He has played under the direction of conductors such as Michael Tilson Thomas, Semyon Bychkov, Jukka Pekka Saraste, Andris Nelsons, Daniel Harding, Daniele Gatti, Kent Nagano and Ivan Fischer. Van Daal frequently gives masterclasses in Germany, Portugal, Spain, Colombia and the Netherlands. He is also a member of various wind ensembles of the Hamburg Philharmonic. Ralph van Daal is a lecturer at Conservatorium Maastricht. Since 2019 he is professor at the Musikhochschule Düsseldorf.

Ralph is happy to work with interested oboists and speaks English and German. 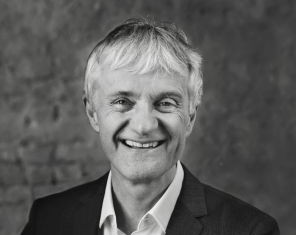 Is the author of the book “The Techniques of Oboe Playing”. He has been teaching oboe at the Musikhochschule in Cologne and at the International Summer Courses for New Music in Darmstadt (Germany).

Peter Veale, who was born in New Zealand, grew up in a family of musicians in Australia. He studied oboe with Heinz Holliger and conducting with Francis Travis in Freiburg (Germany) . He's been a member of Ensemble Musikfabrik since 1994, and performs worldwide as a soloist. He is author of the book „The Techniques of Oboe Playing“ which was published in 1994 by Bärenreiter. Peter Veale has been teaching oboe since 2011 at the Hochschule für Musik und Tanz in Cologne and for more than 20 years at the International Summer Courses for NEW Music in Darmstadt (Germany).

Along with various education programs, which he developed and realised with and for Ensemble Musikfabrik, he has been the artistic director of Studio Musikfabrik, the youth ensemble for contemporary music of Landesmusikrat NRW (North-Rhein-Westfalia) since 2012.

Peter is happy to work with interested oboists and speaks English and German. 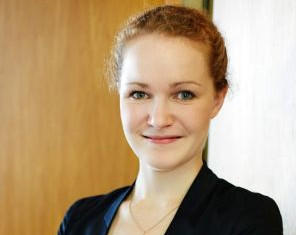 is a professor for historical double reed instruments at the Musikhochschule in Würzburg and works as first oboist with Concerto Köln and other renowned Early Music Orchestras.

The german oboist Clara Blessing performs worldwide as soloist, chamber musician and orchestral musician. Playing the whole range of original oboe instruments, she covers a broad repertoire from baroque music to contemporary masterpieces and works as first oboist with Concerto Köln and other renowned Early Music Orchestras and with conductors such as Sir Simon Rattle, Kent Nagano and Teodor Currentzis. Already during her studies, she was youngest member and 1st oboe of the European Union Baroque Orchestra and was at the same time supported by the Academy Scheme of the Orchestra of the Age of Enlightenment; and she now regularly performs in famous concert halls such as Royal Albert Hall, Berliner Philharmonie, Concertgebouw Amsterdam and in festivals such as Leipziger Bachfest, Innsbrucker Festwochen Alter Musik and MusicaAntiqua-Festival Brügge.

Clara is happy to work with oboists playing historical instruments and speaks English and German. 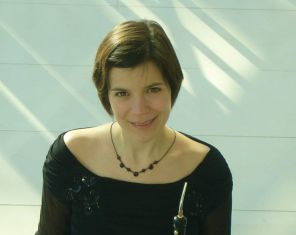 holds the solo cor anglais position at the Bamberg Symphony and was lecturer for cor anglais at the Musikhochschule in Lübeck, Köln and Düsseldorf.

The hungarian oboist Zsófia Magyar was born in 1979 in Budapest, where she commenced her musical education at the Béla Bartók Conservatory. In 1998 she began her studies in Freiburg with Hans Elhorst and later with Heinz Holliger. At this :me she won a scholarship with the Chelius

Foundation. She completed her studies in Freiburg in 2003 and was admitted to a masterclass with

Günther Passin in Munich. In 2004 she was awarded a scholarship from the International Musical Community Center “Haus Marteau” and became a trainee at the Munich Radio Orchestra. She has been solo cor anglais in the Bamberg Symphony Orchestra since 2005. She has played frequently as a guest with the Munich Philharmonic, the Deutsches Symphonie Orchester Berlin, the Gewandhaus Orchestra Leipzig, the WDR, the NDR and the Budapest Festival Orchestra. In 2007 she awarded a scholarship from the Richard Wagner Foundation. She has also taken part in various chamber music performances with Ulf Rodenhäuser, András Adorján, Wolfgang Gaag, Wen-Sinn Yang, Mirijam

Zsófi is happy to work with interested oboists playing the cor anglais. She speaks English and German. 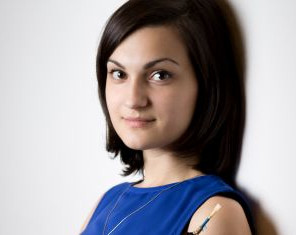 is a senior lecturer for oboe pedagogy at the University ’Mozarteum’ in Salzburg, she is also a lecturer for reed making at the Franz Liszt Musikhochschule Weimar and an oboe teacher at the school of music in Landshut.

Alexandra Hajdu was born into a Polish-Hungarian family in Budapest and her career as a musician was mainly influenced by her activities in choir singing, folk music, folk dancing and handcrafting at a young age. Just after that at the age of 10, she discovered her instrument, the oboe.

She first studied at the Musikhochschule Detmold with prof. József Kiss (Bachelor 2014). In 2017 she did her Masters degree at the Hochschule for Music and Theatre in Munich at the class of prof. Francois Leleux. Also at the Musikhochschule Munich, she got her degree in pedagogy with her written assignment: ”’ Interdependency between the technic of playing an instrument and fear’ (posture, breathing and stress)” in 2019. Since then she has been studying historical performance practice baroque oboe in Munich with prof. Saskia Fikentscher.

As an orchestra musician, she plays with orchestras like the Münchner Rundfunkorchester, Münchner Symphoniker and the State Opera Nürnberg. She has participated in different masterclasses for oboe and reed-making training. Singing, stage training, stress management, breathing therapy, sports psychology, and mental training are part of her teaching skills.

As a soloist, she is specialised to perform unknown Hungarian or Polish works. She loves working with choreographers, visual artists, and authors.

Alexandra Hajdu is a senior lecturer for oboe pedagogy at the University ’Mozarteum’ in Salzburg and lecturer for reed making at the Franz Liszt Musikhochschule Weimar. She is an oboe teacher at the school of music in Landshut. In 2016-17 she obtained a scholarship at the Orlandus Lassus Foundation. She gives masterclasses in reed making in Germany, Austria and Poland.

Alexandra is happy to work with beginner and advanced oboists, pre-college students, students with subsidiary subject oboe and students of instrument teaching. She speaks English, German, Hungarian and Polish. 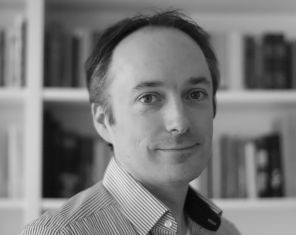 is a stress management, performance training and Alexander-Technique coach. He works with orchestras such as the Bamberg Symphony Orchestra or the Junge Deutsche Philharmonie and the Bavarian State Opera Munich.

Dr. phil. Dirk Hausen studied orchestral music (horn) at the Saarbrücken Academy of Music and at the Maastricht Conservatory. During his studies he received scholarships from the Richard Wagner Society Saarland and the Gustav Mahler Academy Bolzano, was a member of the Junge Deutsche Philharmonie (National Student Orchestra of Germany) and held an internship with the Baden-Baden Philharmonic. In addition, he played in several orchestras as an assistant, e.g. with the SWR Symphony Orchestra Baden-Baden and Freiburg. Parallel to his subsequent training as a teacher of the Alexander-Technique in Freiburg and Berkeley/California he studied musicology, philosophy and English philology at the University of Freiburg and received his doctorate in musicology. In addition, he completed a training course as a stress management trainer.

Dirk Hausen’s main focus is on Alexander-Technique, stress management, performance training and increasing concentration. He works with orchestras such as the Bamberg Symphony Orchestra or the Junge Deutsche Philharmonie, teaches as an instructor at the audition training of the Bavarian State Opera Munich as well as at master classes of renowned professors and gives courses at music academies and other institutions. In addition to his work as a trainer, Dirk Hausen has been coaching music students and professional musicians for many years and supports them in expanding their stress and performance skills as well as in optimizing their posture and movement patterns – in order to bring their full potential to fruition.

Dirk is happy to work with all interested musicians and speaks English and German.